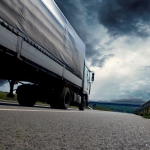 The House passed a bill allowing the use of longer tandem trailers, which could be up to five feet longer than the prior 28-foot limit. Industry experts were divided on the issue, some citing significant improvements in economy and efficiency, with others emphasizing the potentially dramatic safety impact of these behemoth tandem trailers.

Both the Teamsters and some notable industry trucking executives stated opposition to the bill, noting the potential hazards and safety impact of these longer vehicles. Regardless of the contentiousness, the bill passed and tandem trailer limits were increased from 28 feet to 33 feet.

Many trucking companies are now planning to utilize these larger trailers, touting statistics that these larger vehicles could save 1.8 billion miles driven, more than 300 million gallons of gas, and $2.6 billion in costs annually. This comes as a concern to many safety advocates, as it has been reported that crashes involving large trucks killed more than 3,900 people in the U.S. in 2012, a 16 percent increase from an all-time low in 2009.

The safety concerns are fairly obvious, as the question relates to how long is too long? With the new regulations, a twin 33 foot trailer with accompanying cab could extend to 85 feet. To offer some perspective, that length is roughly comparable to the average length of many US homes built in 2014. As these huge new vehicles hit the roads in increasing numbers, tracking and ongoing driver training will be critical to road safety.

DriverCheck is at the forefront of driver training and safety initiatives, helping transportation companies ensure safe driving practices across their entire fleets.